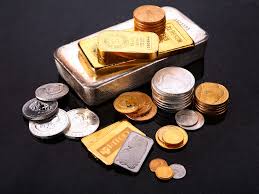 In the current economic condition, one may wander away from investing in gold and silver. Due to Covid-19, people have faced various economic distresses and continue to do so. The implication of it is that, mow people are trying to pay as much attention to the fiat currency as possible. However, not paying attention to precious metals like gold and silver may be one of the biggest blunders you may be making right now.

Many institutional investors are still biased towards fiat currency, under the impression that the central banks and government will eventually be able to up its value. Investors are thinking of making profits in terms of fiat only. Their belief in the economy to resurrect itself and fiat gaining traction again is quite astonishing. However, the fiat currency is debasing and now it is time to look at the alternatives.

The first alternative that you may think of instead of fiat currency is mostly digital currency, as in, the bitcoin. It is a fair assumption, sure, but it can never replace the fiat currency. However, gold is an entirely different matter. We will now be discussing why gold may be the future, leaving bitcoin behind in its wake.

Bitcoin is not an Ideal Replacement for Fiat

Bitcoin is definitely a great alternative. The market decides the value of a currency and bitcoin is climbing that ladder every day. Bitcoin’s value has alarmingly increased ten-folds during last few years and even today, it does not seem to be stopping for anyone or anything.

However, this cryptocurrency is not an ideal replacement for the fiat. It is both unsuited and unlikely. One reason is the fluctuating value of the bitcoin which makes it risky and volatile in comparison to fiat currency which does not change drastically and stays pretty much the same throughout.

Another and more crucial reason is that the central banks and the government do not own any cryptocurrency neither do they seem interested in them. They only care about the digital currency which is currently in their possession, anything outside of it is quite useless and if it is not in government’s reserves, well, it cannot replace something like a fiat currency which is completely owned by the government and central banks.

But do you know what government indeed has in its reserves? Gold, lots of it. All central banks in the world own some gold, which makes it easier for them turn fiat currency into gold. It will stop a currency collapse which is quite imminent in the case of bitcoins.

Gold and Silver – The Future of their Purchasing Power

Gold has the potential to replace fiat, however, it is a very unlikely scenario. While gold may not end up replacing fiat, it can definitely develop a purchasing power of its own. As the demand for gold grows, as indicated by the current trends, so will its purchasing power. In near future, there may be many commodities and assets that will be available to you in exchange for gold and that is one great factor in deciding its purchasing power.

However, paper or digital gold is not enough. Though they are obviously great to have, physical gold is more likely to have increased demand in the future. Investors have started to hoard gold and it is important that you be wise while doing it and do it when you have the time and can get it in the right place.

Coming to silver, it appears to be less attractive than gold. That is nothing new and to add to it, the central banks do not hold it as well. Their reserves are full of gold and empty of silver.

Even though during the 1870s, the increase in gold’s standards made silver’s price suffered, it does not mean you should ignore silver right now. Since the 1870s, silver has been successful in gaining back its value and become an increasingly attractive choice for investors. Not to forget, it is still moving around like and as money.

If gold becomes a substitute for fiat, silver’s current ratio with gold may end up putting it at an advantage with a greater purchasing power. It is also more affordable, which puts it at another advantage apart from its increasing ratio in relations to gold.

Fiat money is already debasing, with time in hand, it is now most important to proactively start investing in gold and silver to have the maximum economic advantage in future.