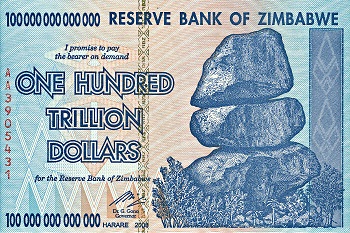 According to InvestorWords, fiat money is money which has no intrinsic value and cannot be redeemed for any commodity, but is made legal tender through government decree.

If something has no intrinsic value and can’t be redeemed for anything that does, how could people value such a thing? In other words, how can such a thing like that be used as money?

In order to understand the relatively new phenomenon of fiat money we have to look at how money has changed historically.

Way back when during the times of kings and kingdoms, the medium of exchange was gold, silver, or copper coins, just to name a few. All was well with regards to normal commerce in marketplaces as people would exchange these valuable commodities for goods or service. However, whenever a kingdom would decide to go to war there was a problem: in order to pay the soldiers a salary of gold coins to wage war, the kingdom would be limited to however much gold resources the kingdom controlled.

Hence, the birth of contractual money. Instead of paying the soldiers gold coins directly, the kingdom would issue contracts promising to pay the soldiers a certain amount of gold. The contract could be brought to the kingdom and it could be exchanged for gold.

This type of money persisted for thousands of years up until the previous century when fiat money was invented. At that time, gold, and silver-backed currency in the form of paper dollars was commonplace. More importantly, the paper dollars were contracts for an amount of gold, or silver they could be exchanged for.

When fiat money was introduced, the contracts for gold and silver were decreed to be null and void.

The obvious question, then, is why was that fiat money still able to be used as money after such a heinous decision to render the contract for gold or silver void?

Economists generally concede that the reason why the new fiat money maintained value was because the vast, general populace had been used to trading paper dollars.

However, if the stocks were to stop being generally accepted as valuable, or if the company were to issue more and more stocks trusting on general ignorance to maintain the stock’s value, historically, the price of the stock will plummet.

Switch the terms in the above analogy from company to government, and stocks to money and you have the fiat money issue that is facing the world today.

How long will something without value remain accepted as valuable, or how long will it take a government to overestimate public ignorance?

Only time will tell….