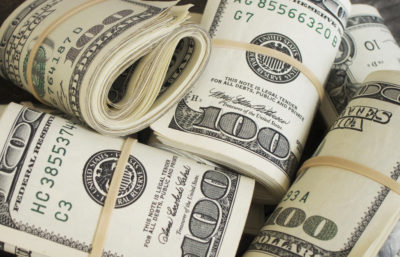 According to the Merriam-Webster dictionary, the definition of money is something generally accepted as a medium of exchange, a measure of value, or a means of payment. So, what is money? This definition has three critical components:

If any kind of ‘money’ were to fail the criteria listed above, it would cease to be money. So, lets take a closer look of what is money.

Historically, ‘money’ has ceased to be money, and a great example of this was during the First World War. When the German Empire ‘temporarily’ suspended their gold-backed money, the gold Mark, to use debt-backed money to finance their war, the money in the form of the Mark started gradually failing the criteria of being money.

After the Allies won the war, the value of the Mark was so low that they would not accept it from Germany to pay for reparations. The German government then made the following decision: buy gold and foreign money at any cost in Marks to pay the reparations they had to pay. If they ran out of paper Marks, not to worry, they would simply print more.

But in 1924, the German government instituted a new form of money: the Rentenmark. It was backed at a rate of 2790 Marks per kilogram of gold.

By backing, meaning the paper “Rentenmark” Marks could be exchanged readily, and easily for a bond for gold, the Mark once again became:
• Generally accepted as a medium of exchange
• A measure of value
• A means of payment

So when did the Mark stop being money?

The moment the decision was made to stop backing the Mark with gold as its measure of value, the Mark as a form of money was totally in jeopardy. The man who made the decision to back the Mark with gold, Hjalmar Schacht, wrote in his biography, “Unbacked paper money is political money and as such is a disruptive element in a system of free markets.”

Once the German government chose to use paper money it became unsafe money for the German people. While it was seen by other countries, and trading individuals as valuable money for a little while, in the end it would cease to be money. Anyone holding only that form of money would have been destitute; they would have no money.

The only people that would have money, and not be financially ruined after the failure of the paper-Mark would be those people holding other forms of money; a form of money—gold, silver or an equivalent generally considered valuable, or a currency backed by gold, silver or an equivalent generally considered valuable, or similar— generally accepted as a medium of exchange, a measure of value, or a means of payment.  So asking the question of what is money really opens up a very large discussion as you can see.